A Glimpse of God’s Grace Through Cotton Candy 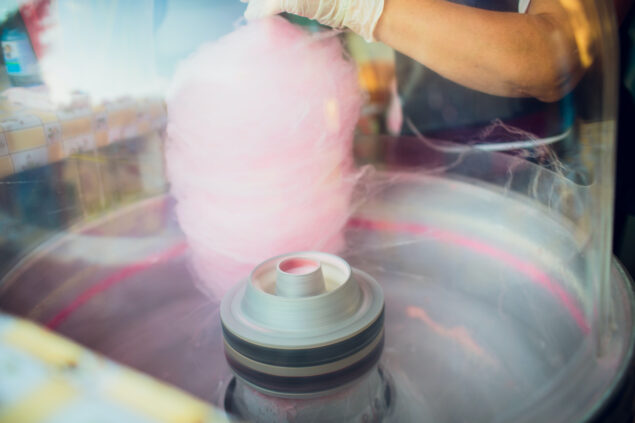 Chances are, each one of us has a memory about cotton candy, whether it’s eating it ourselves and letting it melt on our tongues, or having our children or grandchildren begging for it. You’ll find it at places where kids have fun – baseball games, football games, amusement parks and the circus.

That’s why one mother was surprised when David, her newly-adopted 6-old-son, told her he remembered eating cotton candy at Disney World.  She was baffled, because their son had grown up in foster care. His birth mother was 14 and had suffered a significant amount of trauma in her life. She’d been abused, neglected, and abandoned herself. She was scared, she was angry, and she was ill-equipped to raise a baby.

It’s not exactly the back story that conjures up images of happy children eating cotton candy at Disney World. David’s adoptive mother was a little worried that her son was imagining it or had conjured up a childhood experience he wished he had.

Then, by happenstance, she learned that David had spent his first 4 ½ years at Babies First, Embrace Alabama Kids’ safe haven in Mobile for teenage mothers and their children. The more she learned, the more she was able to put the pieces of the puzzle together.

Babies First, which recently moved into a brand-new home, serves young mothers ages 14-21 who are pregnant or have a young child. The staff mentors the girls, teaches them how to parent, and helps them get an education and job skills so they can break the cycle of poverty. It’s one of only two facilities in Alabama that provides residential group care for pregnant teens and young mothers, so the need is tremendous.

David’s mother, a longtime supporter of Embrace Alabama Kids, just happened to be at an open house for the new facility when she mentioned to a staff member that David had joined their family.  The more they talked, the wider the eyes of the staff person got. “Are you talking about David?” she asked? “We raised him, and we’ve been praying for him for years.”

You see, David was Embrace Alabama Kids’ baby. His birth mother came to Babies First when she was pregnant, and it was his very first home. The staff had loved them, nurtured them, thrown birthday parties for David and celebrated his first steps, his first words and all those other milestones. He was potty-trained there, he learned his colors and his numbers, and he grew to be a happy, healthy, loving little boy.

The staff also worked hard to get his birth mother to a place of stability and to help her heal enough to make a life for herself and her son. In this case, God’s plan for their lives was for David to be adopted by a family who could love and care for him in a way she couldn’t, so she eventually signed over her parental rights.

Once that happened, David was placed in another foster home and the staff lost touch with him, despite many attempts to remain in his life. They worried about him, prayed for him, and comforted themselves with the reminder that the Lord loved him more than anyone.

As soon as the connection was made at Babies First that day, a longtime staff member began to share with David’s mom what he had been like as a child – about his personality, what he’d been afraid of and what brought him comfort. She shared baby pictures and stories – including one about how David and his mother went to Disney World and ate cotton candy.

We live in a world that can be scary at times. We’ve all felt it ourselves during this pandemic. Things are out of our control, we don’t know what the next few weeks or months will bring, we can’t imagine how we’ll be affected long-term, and we’re uncertain about the ramifications this may have on the future.

It gives us a tiny glimpse into the struggles our foster kids faced for so long – a loss of control, fear of what the future holds, feelings of uncertainty and helplessness.

That’s why the work of Embrace Alabama Kids is so critical. They provide children who have very little hope with a safe place to live. They give them warm beds, nutritious meals, a spiritual foundation, an education, and everything they need to heal physically, emotionally, and mentally.

But they also provide cotton candy. They take them on trips, and let them participate in extracurricular activities just like every other child. They play football and basketball. They’re cheerleaders and softball players; they’re in the band. They go to the beach and the lake. They participate in mission trips. They go to church, they go to camp, they go to prom. They roast marshmallows, play ping pong and splash in the rain.

David’s mom has said she is grateful for the strong foundation and unconditional love her son experienced at Embrace Alabama Kids. These days, he spends his time exploring, climbing trees, catching frogs, clowning around, and playing with his two sisters who love him dearly.

David’s life is full of cotton candy. Thank you for helping to provide it.