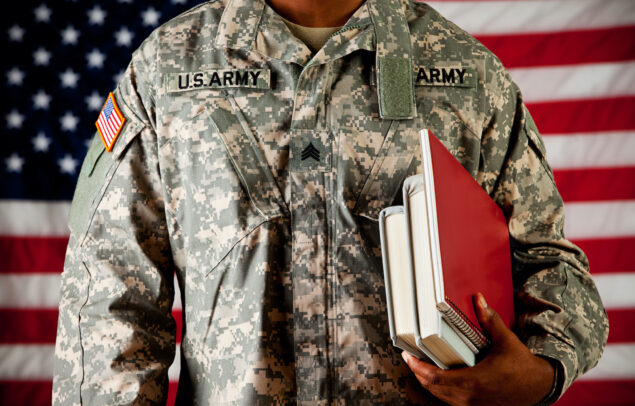 Today, through the eyes of a young man named Eric, here’s a glimpse of the impact this ministry and your support of it can make.

Eric came to live at the Settlement, one of Embrace Alabama Kids’s group homes for teenage boys, when he was 13 and starting the 8th grade. His father was dead, his mother was mentally ill and addicted to drugs, and she had lost custody of Eric and his brother and sister.

Like most of the kids who come to Embrace Alabama Kids, Eric was angry when he arrived. After all, he was in foster care because the person who was supposed to love him the most couldn’t – or wouldn’t.

Most of us, thankfully, can’t fully imagine the emotions Eric was feeling, but we may have gotten a tiny glimpse of it during this pandemic. Since March, things have felt a bit out of control. We didn’t know what the next few weeks or months would bring, and we still don’t. We can’t imagine how we’ll be affected long-term, and we’re uncertain about the ramifications this may have on the future.

These are struggles that our foster children and youth have faced for so long – a loss of control, fear of what the future holds, feelings of uncertainty and helplessness.

That’s why Embrace Alabama Kids makes sure that the kids in their care receive a strong spiritual foundation. They go to church, they read the Bible, they participate in Bible School, they pray – as a group and individually – and they grow in their faith.

In order to give Eric an outlet for his frustrations, the Embrace Alabama Kids staff got him involved in sports. He played football and basketball and ran track. His grades improved. He started to bond with the other boys in the home, and for the first time in a long time, Eric felt like he belonged.

But still, he couldn’t quite find his way. After graduation, he floundered a bit. He tried community college, but it wasn’t a good fit. Since one of Eric’s mentors at the group home was a staff member who had been a career military man, Eric decided to enlist in the Army, and he has finally found his calling.

Just before he graduated from Fort Benning, Eric sent a letter to his brothers in the group home. I want to read part of that letter today, so you that you can hear, in Eric’s own words, what Embrace Alabama Kids has meant to him:

This whole experience has been a huge change to me mentally, physically, and spiritually.  I’ve learned that nobody in this world is ready to hand you anything, you have to work your (butt) off and go get it.

Most importantly, I found a friend that would NEVER leave my side in any situation and that’s GOD.  Whenever I had nobody to turn to, He was right there protecting me the entire time!  He’ll never leave you or forsake you, even when you reach your lowest points.

I appreciate everything that Embrace Alabama Kids has done for me.  You all helped shape me into the man I’m becoming and ya’ll are the reason I am physically and mentally fit to be part of one of the strongest fighting forces in the world.

I wouldn’t trade you guys for anything in the world, and Mr. John, Mrs. Joy, Mrs. Lisa, Mr. Scott and Mr. Leon are the foundation of the future of every child that comes through the Settlement.  I’m blessed to have had great role models in my life.

I appreciate every punishment I received, every dish I had to soak, every dollar I was told to save, every decision that was supported, and every time they told me “no.”

I love you guys and I will see you at graduation.  By the time ya’ll get this I will be officially a soldier in the United States Army.

As you can tell, the Children’s Home helped Eric grow from a scared, angry boy to a proud, God-fearing soldier  – and your support of this amazing ministry made it happen. Thank you for being a part of his story and for opening your hearts and your wallets for the many other “Erics” whose lives will be changed by Embrace Alabama Kids.