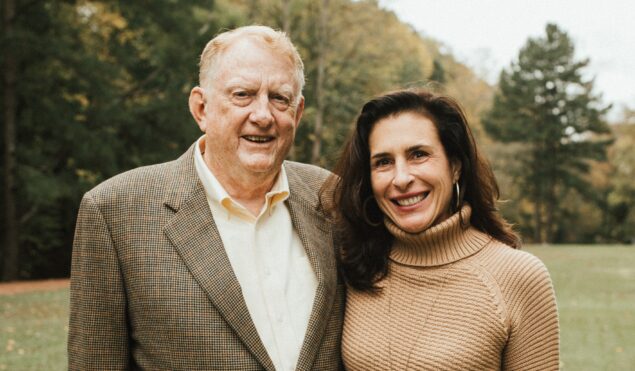 Rick Kilgore has long admired the work of the Embrace Alabama Kids, a ministry of the United Methodist Children’s Home, and wants to help ensure that the ministry will be there for future generations of hurting children. He also wants the most profitable return on his investment and the peace of mind that comes with knowing his gift will be used as he intends.

That’s why the longtime supporter recently took a different approach to planned giving. After exploring many avenues, Mr. Kilgore and his advisors came up with a plan that would accomplish all of his goals. “This is not your normal, run of the mill planned gift,” he said.

“By being the guinea pig, we hope we are in a position to help make it easy to provide charitable giving to the Children’s Home [now Embrace Alabama Kids].”

Mr. Kilgore, who has a long history of philanthropy, bought a life insurance policy on his daughter, Beth Kilgore, with plans for it to ultimately benefit the ministry. He named the Community Foundation of Greater Birmingham the beneficiary however, and the money will be placed in a donor advised fund. This will give his family flexibility for distributing the gift should the focus of the ministry ever change.

Mr. Kilgore began researching options because he wanted to ensure the future of Embrace Alabama Kids remains strong. With some uncertainty looming with the future of the United Methodist Church, he believes it should be no question that he continue supporting the ministry.

“If people have an uncomfortable feeling, they’re not going to donate,” he said, adding that he wanted to share his story to encourage other donors to make similar provisions in their estate planning. “This gives people a comfort level.”

Buying the life insurance policy allowed Mr. Kilgore to “leverage pennies on the dollar,” according to T.O. McDowell, Regional Director of First Protective, a financial services firm. The cost of the policy on Mr. Kilgore’s daughter was much less than one on himself would be since she is younger and has no health issues.

That means that Mr. Kilgore’s initial investment of about $50,000 will provide an ultimate payoff of $250,000 to benefit Embrace Alabama Kids and won’t impact his estate like an outright gift of $250,000 would have. “This is done a lot more than people realize,” McDowell said.

“Life insurance is leveraged and premiums have never been lower because people are living longer.”

Naming the Community Foundation as the benefactor accomplished several goals. While Mr. Kilgore has specified that he wants the funds to benefit Embrace Alabama Kids – A Ministry of UMCH, the family members serving as advisors will be able to funnel the gift to organizations with similar missions should the need arise.

In addition, the fund encourages generational giving, a concept that is important to Mr. Kilgore. “My children and grandchildren will have a vested interest in the Children’s Home [now Embrace Alabama Kids],” he said.

“They will want to be involved and they will want the Children’s Home to be successful, because that’s where this money is going.”

Donor advised funds can be started by transferring at least $15,000 to the Community Foundation, whether it’s cash, appreciated stocks, real estate, insurance policies, or other assets, according to George Gaskin, the Community Foundation’s Director of Gift Planning. Funds like Mr. Kilgore’s can be advised by two generations of advisors, and they have greater tax advantages and fewer administrative burdens than a private foundation.

Mr. Kilgore said that knowing his planned gift will help children in foster care has given him peace of mind. “My mother was an orphan from the age of 11 or 12,” he said. “She was fortunate that she had a sister who took her in, but not everyone has that today. We feel very fortunate to be in a situation to be able to do this.”